One of four children, Suzanne Somers was dyslexic and grew up terrified of her alcoholic and abusive father. She got pregnant and subsequently married the baby’s father, Bruce Somers, at only nineteen years of age. They divorced a short time later and Somers, now a single mother, began working as a model where she was soon to meet her future husband, Alan Hamel. Though he was married at the time, the two started dating and Somers soon became pregnant. Because Hamel was still married, they decided that she should have an abortion. Nine years later, in 1977, Somers and Hamel married and they are still together today.

Don Knotts played Deputy Barney Fife in the popular television series The Andy Griffith Show, back in the 1960’s. He received a total of 5 Emmy Awards for this role. 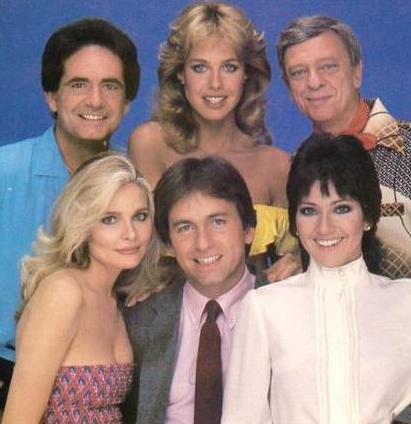 Richard Kline served in the United States Army during the Vietnam War and was struck by lightning during his time there.

In 2012, Joyce DeWitt appeared on the talk show Suzanne Somers: Breaking Through, and reminisced with her about their time on Three’s Company. Somers apologized for the conflict between them and they then exchanged stories about the last time they had each spoken to former cast mate John Ritter before his death.

The show’s first opening sequence has Jack (John Ritter) falling off his bike when he is distracted by a woman with dark hair. The woman he sees is actually Suzanne Somers wearing a dark wig. In the second opening sequence, a little boy walks up to Janet (Joyce DeWitt) as she is feeding a goat. The little boy is John Ritter’s son, Jason.