Priscilla Barnes was a “Penthouse Pet of the Month” for March 1976, under the name of Joanne Witty. She later sued Penthouse when they re-published her nude photographs under her real name.

In March 2010 the Thoracic Aortic Disease Coalition, in partnership with the John Ritter Foundation, announced the creation of “The Ritter Rules.” This is a list of life-saving reminders that can help recognize, treat and prevent thoracic aortic dissection. Ritter’s wife, Amy Yasbeck, also worked with Dr. Dianna M. Milewicz at the University of Texas Health Science Center at Houston to establish the John Ritter Research Program in Aortic and Vascular Diseases. This aims to prevent premature deaths from aortic dissection by identifying gene mutations that could predispose certain people to suffering from the condition.

Suzanne Somers was the spokeswoman in the 1980’s for the piece of exercise equipment known as “The Thighmaster.”

At the end of the second show in the first season, John Ritter utters the line, “Goodnight, John Boy.” This was a nod to Ritter’s time playing the part of Reverend Fordwick in The Waltons.

Several years before Don Knotts’s death, he suffered from macular degeneration in both his eyes, which caused him to become virtually blind. Despite this, he still carried out some live performances. 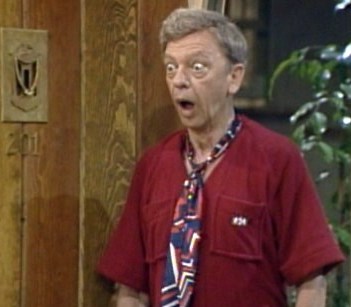 In the late 1980’s, Priscilla Barnes was set to play the title role in the series She’s the Sheriff. Unfortunately, she could not accept because of her commitment to Three’s Company. Ironically, the actress hired in her place was none other than Suzanne Somers.

John Ritter’s incredible talent for “physical schtick” was lauded by legendary actress and comedienne, Lucille Ball, who hosted a tribute to him on Three’s Company. Later, Ritter appeared in an episode of Ball’s last comedy series, Life with Lucy. Ball claimed that during the shooting of one of the scenes she had to yell “cut” because he had made her laugh so hard, and said it was only the third time in her entire career that she’d had to do this.

Despite the fact that Norman Fell was an actor for approximately 40 years, his best known role did not come until he was cast as Stanley Roper.