Priscilla Barnes originally wanted to be a dancer, but a severe accident while performing on the stage of the Hollywood Bowl meant it was not to be. She fractured her jaw and broke her leg.

Suzanne Somers and John Ritter ended the breach that had occurred between them when they were on Three’s Company only a short time before Ritter’s death.

The opening sequence of Three’s Company was shot at the Santa Monica Pier before the larger amusement park was built next to it. After Priscilla Barnes joined the cast they re-shot the opening sequence at the Los Angeles Zoo in Griffith Park. 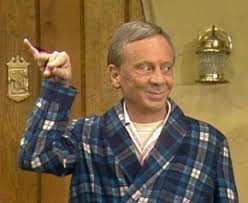 Audra Lindley died unexpectedly in October 1997, after a long battle with leukemia. Though she had been previously diagnosed with the disease she was in the middle of treatment so there was no immediate concern when she checked herself into the hospital feeling ill after taping an episode of the television series Cybill, on which she had recently gained a recurring role. It was a great shock when she died the very next day, with a script for the next episode at her bedside. She was 79 years old.

Joyce DeWitt was working as a secretary before she joined Three’s Company. Some time after her audition, ABC offered her the opportunity of two comedy pilots, but she had only 24 hours to decide which one. Luckily she chose Three’s Company, as the other series never sold.

During season five, Suzanne Somers demanded a pay increase from $30,000 to $150,000 per episode, along with a 10% cut of the show’s profits. When she was refused, she began not showing up for work. Both John Ritter and Joyce DeWitt then refused to work with her and her part was cut to just a few short minutes at the end of each show. Even this was taped at a different time, since by then Ritter and DeWitt wanted no contact with her at all. Somers was fired a short time later.

John Ritter was born with a birth defect called a coloboma, which is a hole in one of the structures of the eye. The hole can be found in either the choroid, iris, retina or optic disc.

Actress Priscilla Barnes said that the time she worked on Three’s Company was the most miserable in her professional career because of the poisonous backstage atmosphere.