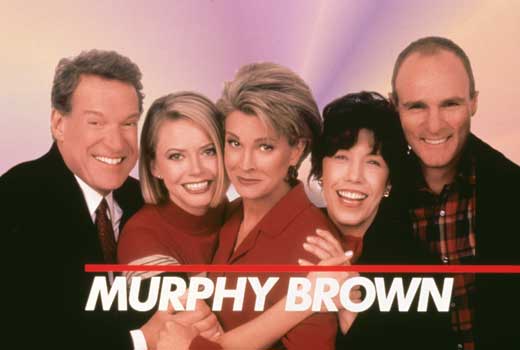 Murphy is a single, hard-nosed reporter who always stands her ground. After giving up cigarettes and returning from stint in the Betty Ford Clinic, where she was treated for an alcohol addiction, Murphy has little tolerance for other people’s problems. At work and at home, Murphy can’t catch a break.

While she was away, Miles Silverberg (Grant Shaud) was appointed the new executive producer of FYI. Although she doesn’t want to surrender it, 25-year-old Miles is eager to gain Murphy’s respect. Also, much to her disdain, the network asked Murphy’s temporary replacement, the pretty and sweet (but not very bright) Corky Sherwood (Faith Ford), to stay on board. 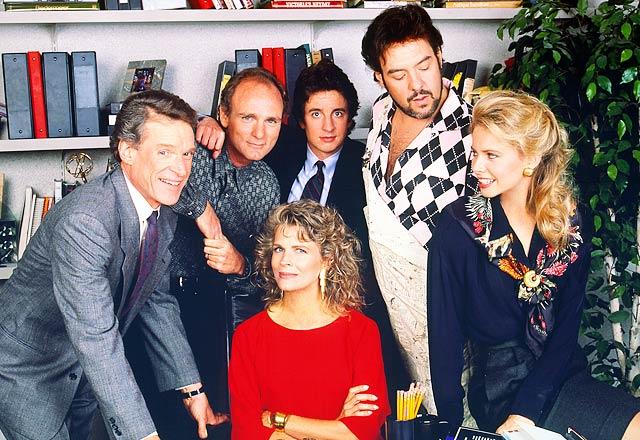 Murphy also returned from rehab to find her home in a complete state of disarray. Eldin Bernecky (Robert Pastorelli), the painter she hired to repaint her home during her absence, used her home as a canvas to express himself.

Through her rough transition back from rehab, Murphy relies on old friends and familiar hangouts. Her best friend and co-worker Frank Fontana (Joe Regalbuto) is her rock and always manages to calm her down; and Jim Dial (Charles Kimbrough), the veteran anchor of show, gives her the tough love she needs. Murphy and her friends frequent Phil’s, their favorite haunt to eat, relax and scoop a story. The gruff and all-knowing owner, Phil, is a Washington D.C. institution who Murphy can always count on. 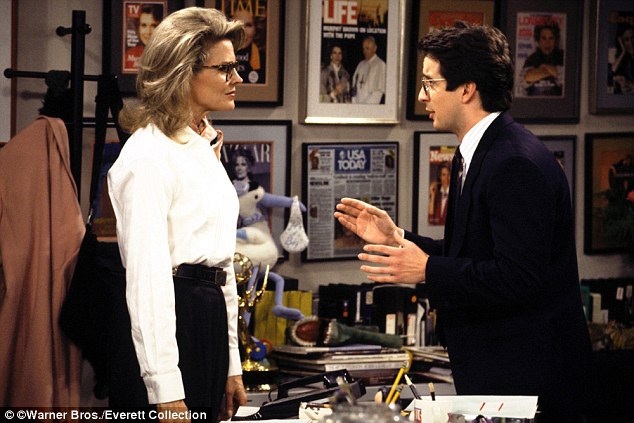 Murphy Brown (Candice Bergen) is a recovering alcoholic, former smoker and tough-as-nails female reporter who became “one of the boys.” Intelligent and sharp-tongued but prone to angry outbursts, Murphy can handle anything that comes her way (that is, except for her parents). Despite her tough exterior, Murphy is an honest and dedicated reporter. She is resilient, loyal and a strong supporter of women’s rights. She’s also a staunch opponent of many politicians and has been banned from the White House during multiple administrations.

Frank Fontana (Joe Regalbuto) is Murphy’s best friend and occasional competition. He is a risk-taking investigative reporter who is marred by his many insecurities. No stranger to therapy, Frank’s anxieties stem from the women in his life to his toupee. Despite his shortcomings, Frank is kind and supportive, and a fierce friend to “Murph.” 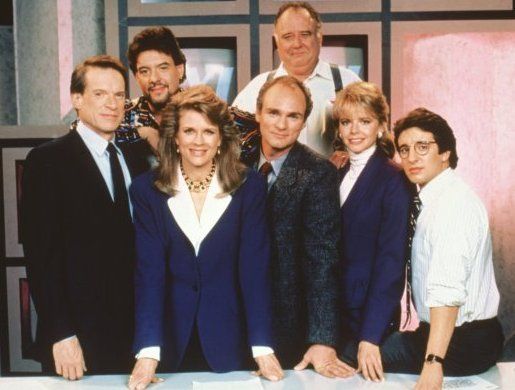 Jim Dial (Charles Kimbrough), the stoic anchor of the show, remembers the good old days when reporters used a pencil and paper and had integrity. Jim is reliable and stands firm in his beliefs, but becomes easily embarrassed when discussing his own feelings (or feminine issues, for that matter). Jim’s wife Doris (Janet Carroll) shares his enduring demeanor.

Former Miss America Corky Sherwood (Faith Ford) is attractive and sickeningly sweet. From a small town in Louisiana, her personality and pep often make her the target of her co-workers. While she is intelligent, she clearly lacks awareness of world events. Murphy doesn’t hide her disdain for the gullible Corky, but the two eventually grow close. 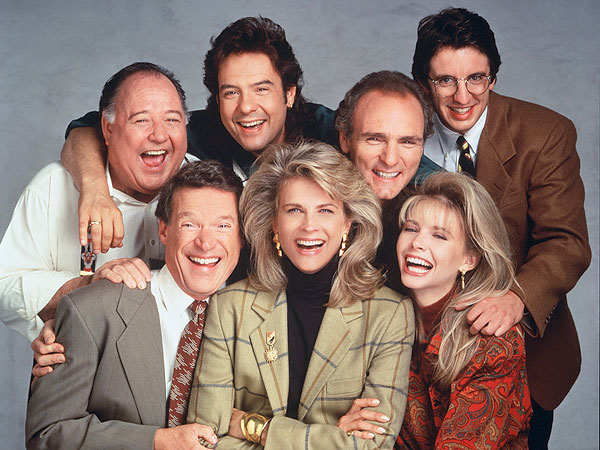 Miles Silverberg (Grant Shaud) is the executive producer of FYI. At 25, overachiever Miles is anxious to prove his worth to Murphy but his nerves and inexperience stand in his way. Miles proves his intelligence and sound judgment in most areas of his life, just not when it comes to women.

Artist Eldin Bernecky (Robert Pastorelli) is the house painter Murphy hired to paint her home. After coming home to a mural on her kitchen ceiling, Murphy decides to hire him for additional work and the two become confidants.

Phil (Pat Corley) is the owner of “Phil’s,” the bar and grill just steps from FYI. Phil knows everyone and everything going on in Washington D.C., he even claims to know the identity of “Deep Throat.” Despite his brusque exterior, Phil is a caring and concerned man who is highly trusted and well-loved. Phil and his wife Phyllis have several children. 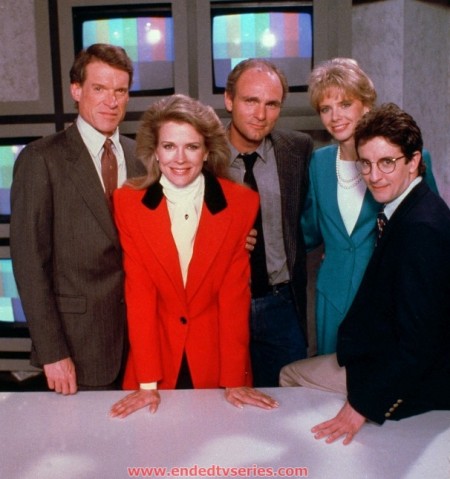 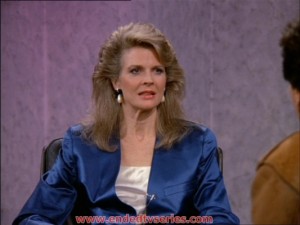 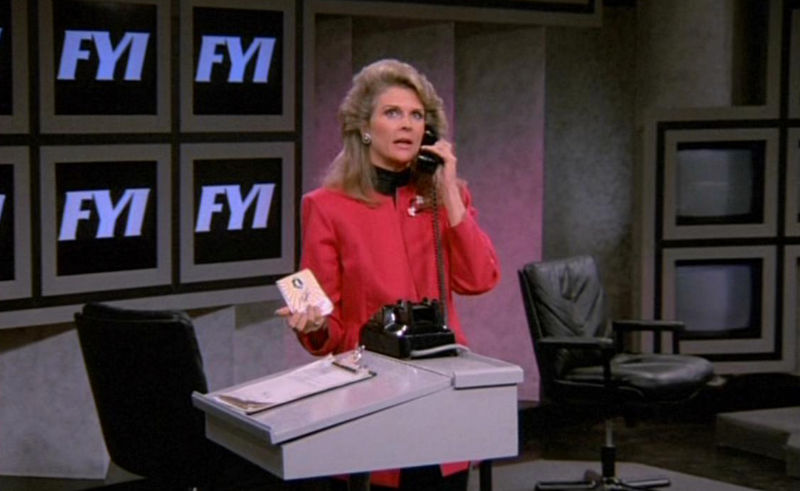 Robert Pastorelli (Eldin Bernecky) died of a heroin overdose in 2004 in his Hollywood Hills home.

After receiving five Emmy Awards for her role as Murphy Brown, Candice Bergen declined to accept any further nominations for the role.

Grant Shaud (Miles Silverberg) graduated from the University of Richmond with a degree in journalism.

Lily Tomlin (Kay Carter-Shepley) has been in a romantic relationship with comedy writer Jane Wagner since 1971.

Pat Corley (Phil) broke into the entertainment business as a teenage ballet dancer for the Stockton Ballet. 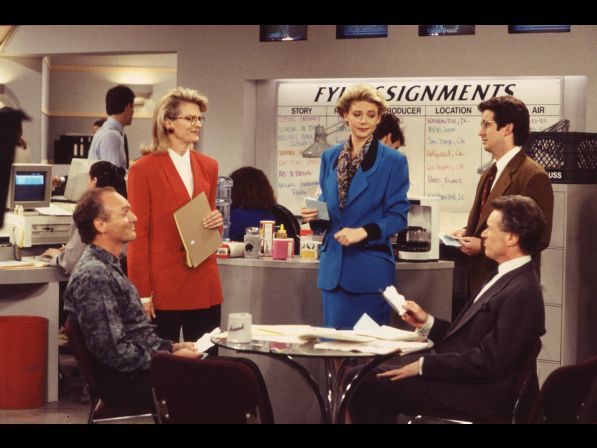 The outside shot of Murphy’s house is the same building used as Diana Prince’s home in the Wonder Woman.

A 2000 article in the Ladies Home Journal, suggested the CBS network originally wanted Murphy Brown’s character to be played by Heather Locklear.

Faith Ford (Corky Sherwood) was in the series Hope&Faith.

The Murphy Brown series had several running jokes throughout its ten-year run. One of the funniest and most interesting was the fact that Murphy could not seem to keep a secretary. During the show’s run, there were 93 different secretaries.

Grant Shaud (Miles Silverberg) lived with on-screen girlfriend Jane Leeves (Audrey Cohen) before and during her tenure on the show.

Pat Corley (Phil) served in the United States Army during the Korean War.

Before acting, Candice Bergen (Murphy Brown) was a fashion model. She also studied photography, worked as a photojournalist, and wrote articles, a play, and a memoir titled, Knock Wood.

Candice Bergen (Murphy Brown) once lived with the son of Doris Day (Terry Melcher) at 10050 Cielo Drive in Los Angeles. Later, it was inhabited by Roman Polanski and Sharon Tate, two victims of the now infamous 1969 murders by followers of Charles Manson. The house has since been demolished.

Faith Ford (Corky Sherwood) has Graves’ Disease, which results in an overactive thyroid.

Candice Bergen (Murphy Brown) once said, “I may not be the greatest actress but I’ve become the greatest at onscreen orgasms. Ten seconds of heavy breathing, roll your head from side to side, simulate a slight asthma attack and die a little.”

Colleen Dewhurst’s character Avery Brown Sr. died on the show when Dewhurst herself died at age 67, of cervical cancer. Dewhurst died only two days before she won her fourth Emmy, awarded for her role as Murphy’s mother. 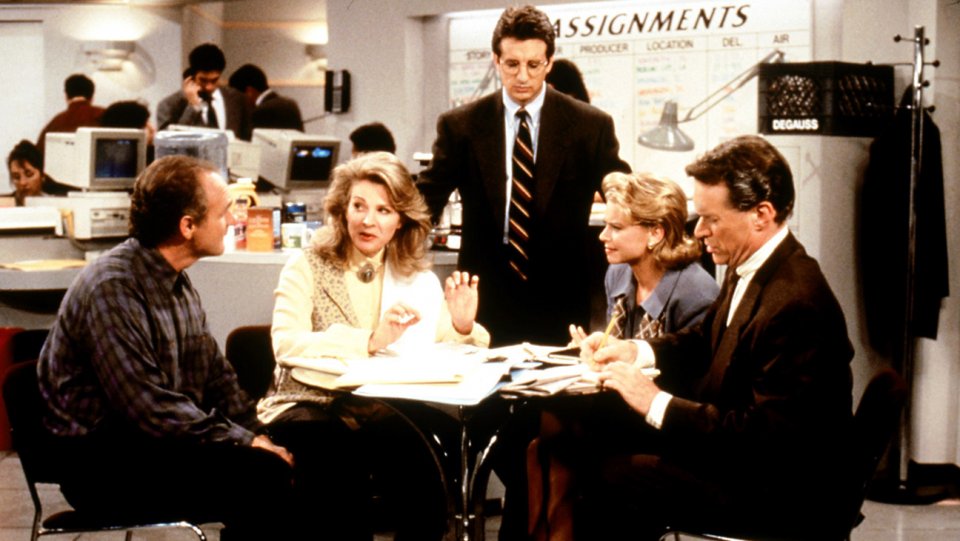 Robert Pastorelli (Eldin Bernecky) dreamed of becoming a professional boxer, but was unable after car accident on his nineteenth birthday.

Candice Bergen’s parents were Frances and Edgar Bergen. Her mother was a Powers model, and her father was a ventriloquist, actor and comedian.

In 2006, Pat Corley (Phil) died of congestive heart failure at the age of 76. His wife of 48 years, Iris Carter, died the year before. The two had five children and 12 grandchildren.

After Murphy Brown had ended, Bergen was asked by CBS to report stories for the television show 60 Minutes. She declined because she did not blur the line between journalist and actor. 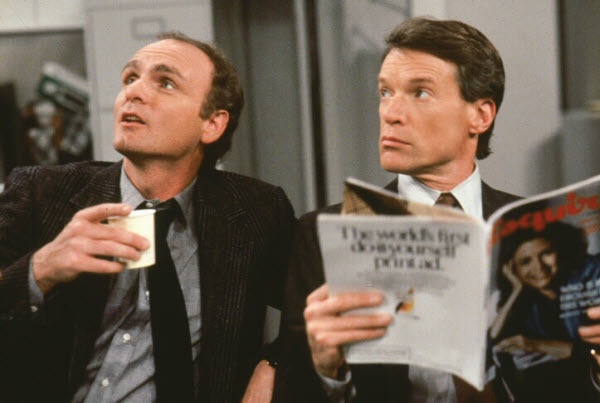 Due to her political activism Bergen accepted a date from Nobel Peace Prize winner, Henry Kissinger. She was also a part of a “Yippie” prank in 1967, where she and Abbie Hoffman (social and political activist who was also the co-founder of Youth International Party or “Yippie”) as well as others, tossed dollar bills onto the floor of the New York Stock Exchange. This caused a temporary shut-down.

Candice Bergen (Murphy Brown) was inducted into the Television Academy Hall of Fame in 2010.

Faith Ford (Corky Sherwood) is from Louisiana, like her character,.

Toward the end of the series, Joe Regalbuto (Frank Fontana) directed more than twenty of the series’ episodes. 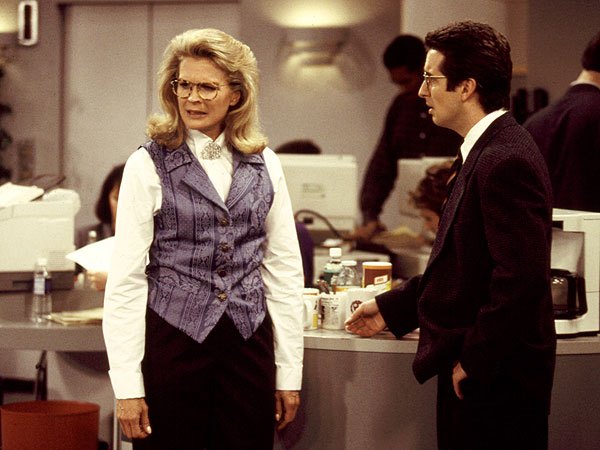 Some have asked Candice Bergen (Murphy Brown) who her character was modeled after. Her response is “Mike Wallace in a dress.”

In 2012, the cast of Murphy Brown reunited on the Good Morning America after presenting the Impact Award at the TV Land awards. The cast remained friends throughout and after filming.