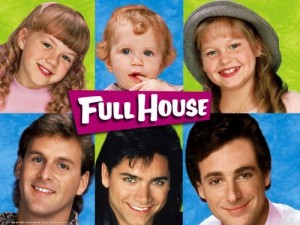 The series follows Danny (Bob Saget), a widower struggling to bring up his three young daughters with the help of his rock musician brother-in-law Jesse (John Stamos), and his friend, stand-up comedian Joey (Dave Coulier).

Danny Tanner has just lost his wife, Pam, in a car crash caused by a drunken driver. His mom moved in temporarily to help him, but now his wife’s brother and Danny’s best friend are coming to take her place. His daughters, D.J. (Candace Cameron), Stephanie (Jodie Sweetin) and Michelle (Mary-Kate and Ashley Olsen), are still grieving over the loss of their mother and at first aren’t thrilled at the change.

Over time, Jesse and Joey became close to the girls and the unlikely group become a strong family. Later, Rebecca Donaldson (Lori Loughlin) is added to the cast, first as Danny’s co-host, and later as friend to the family and Jesse’s girlfriend/wife. Rebecca and Jesse have twin boys, Alex and Nicky (Blake and Dylan Tuomy-Wilhoit) and become one FULL house!

Next door to the Tanners is D.J.’s best friend, Kimmy Gibbler (Andrea Barber). D.J. can’t do without her, but the rest of the family could manage it very easily… 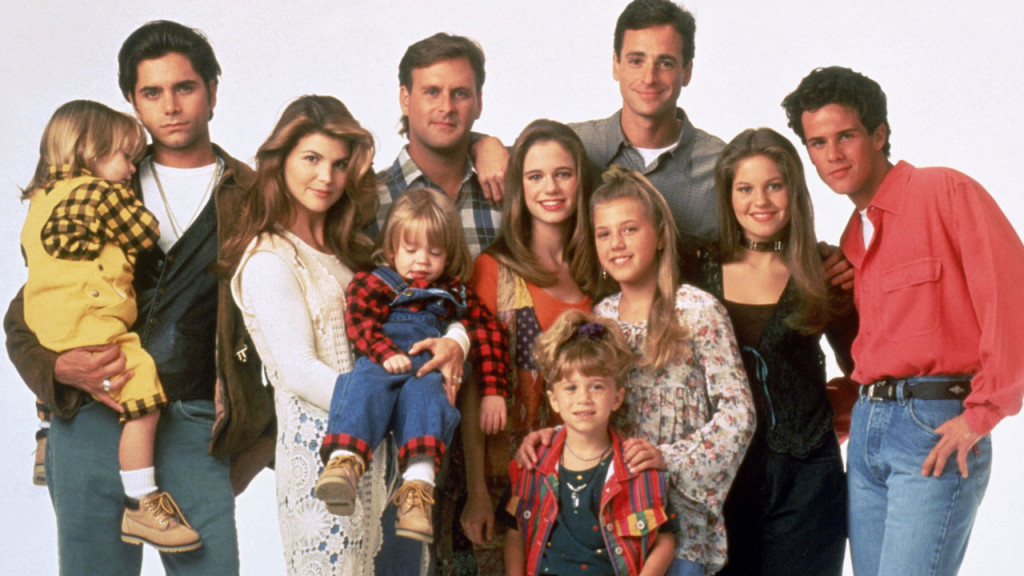 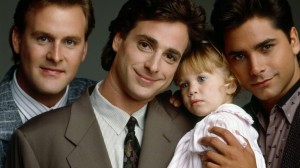 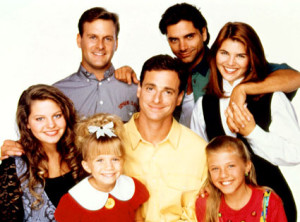 Full House was filmed on the same set as Friends.

While D.J. is on vacation in Disney World he sees an illusion of Steve (Scott Weinger) dressed up as Aladdin. The joke for those in the know was that Scott Weinger voiced the character of Aladdin in the movie.

The character of Rebecca Donaldson was only supposed to be on the show for 6 episodes, but fans liked her so much that she ended up becoming a permanent fixture.

John Stamos (Jesse) and Lori Loughlin (Rebecca) dated for a while in real life. 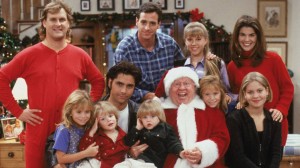 Candace Cameron Bure (D.J.) married NHL Russian hockey player Valeri Bure a year after the series ended. They were introduced to each other by former Full House co-star Dave Coulier at a charity hockey game.

Dave Coulier (Joey) earned his pilot’s license at the age of 20 and owns and flies a Beechcraft B35.

Jodie Sweetin (Stephanie) is 31 years old and has been married and divorced three times. She is also a recovering methamphetamine addict. She has since written a book about her drug and alcohol addiction entitled unSweetined.

Mary-Kate and Ashley Olsen (Michelle) have been on the Forbes “Celebrity 100” list since 2002. Forbes estimated their approximate collective net worth at $100 million dollars, and ranked them as the eleventh-richest women in the entertainment business in 2007. 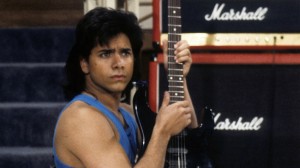 John Stamos (Jesse), has performed with the Beach Boys from time to time since the 1980’s. He was in their video Kokomo, and sung lead vocals on a newer version of the song, Forever, which was featured on the show and the Beach Boys’ album Summer in Paradise. Stamos also regularly performs with the group during their summer tours, and joined them at a benefit concert for Terri Schiavo and on their 50th Anniversary Tour.

When Bob Saget was in his twenties, his appendix burst (on the 4th of July – we doubt he was tucking into a Thanksgiving dinner that day). When surgeons removed it they found it had become gangrenous and he nearly died.

Bob Saget’s sister, Gay, was diagnosed with Scleroderma in her early 40’s and died when she was only 47 years old.  Saget is now a board member of the Scleroderma Research Foundation.