John Ritter died on September 11, 2003. He became ill during taping of his series 8 Simple Rules For Dating My Teenage Daughter, and was taken across the street to Providence Saint Joseph Medical Center. His symptoms were chest pains, vomiting and extreme sweating and they diagnosed and treated him for a heart attack. Unfortunately, Ritter’s condition continued to worsen, and after further examination they determined that he was suffering from an aortic dissection. Sadly, he died during surgery, six days short of his 55th birthday, one week before his and wife Amy Yasbeck’s 4th wedding anniversary and – particularly poignantly – on his daughter Stella’s 5th birthday. 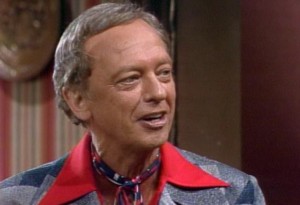 Actor Billy Crystal auditioned for the role of Jack Tripper.

Norman Fell served as a tail gunner on a “Liberator” bomber aircraft in the Pacific for the United States Army during World War II. He is credited with having shot down two Japanese fighter aircraft.

Priscilla Barnes (Terri Alden) had actually auditioned for the part of Cindy Snow, the character that she was later hired to replace. She was turned down for the role in favor of actress Jenilee Harrison. 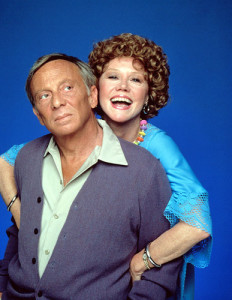