Chrissy Snow (Suzanne Somers) – Chrissy is the dumb blonde of the group, quick to laugh at her own jokes, but not always able to understand everyone else’s. The daughter of a Fresno preacher, she came to Los Angeles, later settling in Santa Monica, in order to make her fortune and has never lost her innocence. She loves all her friends and family, and has promised to return to Fresno one day. You won’t miss Chrissy if she’s crying and her laugh is just as loud, finishing with a great big snort. 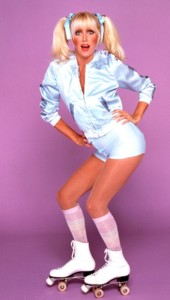 Janet Wood (Joyce DeWitt) – Intelligent and reliable, Jack and Chrissy often look to Janet for advice. She is originally from Speedway, Indiana and as a plant lover has the perfect job at the “Arcade Flower Shop”. Despite being the most clear thinking of the group, she has her own insecurities – particularly about her small chest. Janet’s father is an Italian American and she speaks the language, though not fluently. She’s also a college graduate, although we are never told what subject her degree is in.

Stanley Roper (Norman Fell) – Mr. Roper is the landlord and a man of traditional ideas. He loves his wife, Helen, but doesn’t hold with putting his emotions on display. They often bicker, although Helen usually comes out on top. He is not a man who enjoys the thought of sex with his wife, which adds to the problems in their already strained marriage. He is friendly toward the trio of roommates, but is also pretty stingy and isn’t above using the threat of rent increases to get a favor from them now and again. Though he has no particular problem with Jack or gay people, that doesn’t stop him making jokes at his expense. 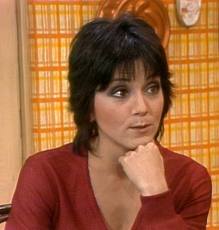