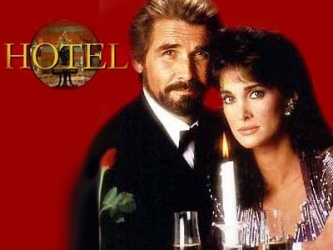 Based on the book of the same name by Arthur Hailey, Hotel follows the lives of the staff and guests at the elegant St. Gregory Hotel in San Francisco, California.

The hotel is run by Mrs. Victoria Cabot (Anne Baxter) the kindly, aristocratic and wealthy sister-in-law of the owner Laura Trent, (Bette Davis). Mrs. Cabot runs a tight ship but does so with a gentle touch, always striving to keep her employees happy. She is aided by the hotel’s general manager, Peter McDermott (James Brolin), handsome and kind with a foreboding demeanor that’s transformed when he smiles. Always a hit with women, Peter is also respected by men. Like Mrs. Cabot, he is a caring employer who is prepared to go to great lengths to support his staff. 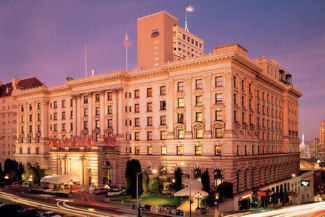 Reporting to Peter is Assistant General Manager Christine Francis (Connie Sellecca), who combines beauty with brains and a love of her job. The chemistry between Christine and Peter is obvious from the start, and grows throughout the series despite their best efforts to ignore it.

A cast of other staff take part in the daily life of the hotel. Guest Relations Director, Mark Danning (Shea Farrell) is kind and has a boyish charm, while friendly and efficient Head of Hotel Security, Billy Griffin (Nathan Cook), is liked and trusted by everyone, despite his history as a conman. Reception Manager Julie Gillette (Shari Belafonte) brightens up the front desk with her sweet personality and winning smile, and the married couple of the group are Dave and Megan Kendall (Michael Spound and Heidi Bohay). Both personable, bright and attractive, bellhop Dave and desk clerk Megan are a perfect match and seem to be friends with everyone. Rounding off the group is bartender Harry (Harry George Phillips), who is always on hand to lend a willing ear to everyone’s problems. 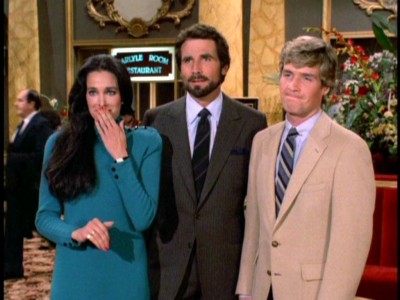 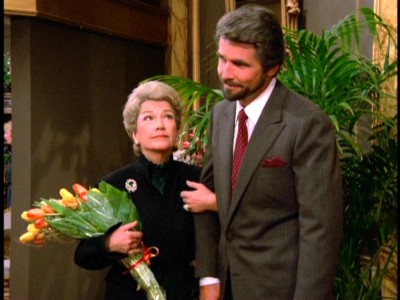 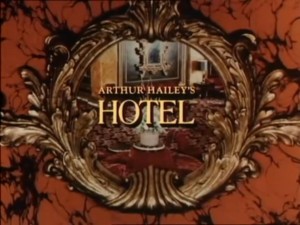 Of Anne Baxter’s many film roles her most famous was probably that of Queen Nefretiri in the 1956 film The Ten Commandments, which also starred Charlton Heston and Yul Brynner.

Legendary actress Bette Davis was supposed to be a regular on the show as hotel owner Laura Trent, but after appearing in the pilot episode she fell ill and was forced to withdraw from the series. Wanting another big name to attract viewers, the producers drafted in Anne Baxter to play Davis’s character’s sister-in-law, Victoria Cabot. Baxter had coincidentally played opposite Davis in the 1950 film All About Eve. Davis was invited back to the show when her health improved but declined the offer.

Michael Spound (Dave Kendall) met his wife, Heidi Bohay (Megan Kendall) on the set of Hotel. They married in 1988, and almost thirty years later they are still together.

Nathan Cook died at the age of 38 after suffering a severe allergic reaction to penicillin. 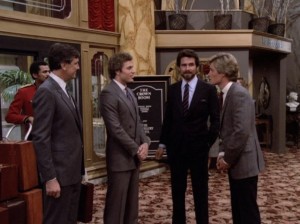 Before her marriage to Jon Tesh, Connie Sellecca (Christine Francis) was married to actor Gil Gerard. Her two-year courtship with Tesh was, however, a traditional one: they did not live together and did not have sex until their wedding night.

Anne Baxter died in 1985 in the midst of a series of Hotel. She suffered a brain aneurysm while hailing a cab on Madison Avenue in New York City and died eight days later at the age of 62.

James Brolin is the father of actor Josh Brolin.

The series was based on a novel of the same name written by Arthur Hailey in 1965. The book also spawned a feature film in 1967 which, unlike the novel, set the hotel in New Orleans, Louisiana.

Anne Baxter was married three times and had three children.

Before embarking on her acting career, Shari Belafonte was a successful model. She has appeared on more than 300 magazine covers. 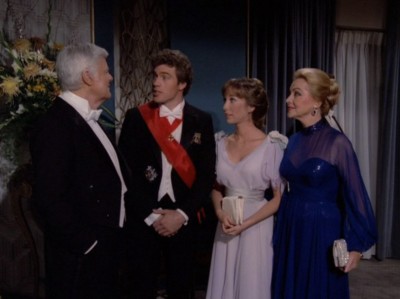 In a TV Guide article, Connie Selleca talked about how she liked to play strange practical jokes that for the most part involved her faking her own death. Reportedly, her then husband, Gil Gerard, became so accustomed to returning home and finding her laying prone in a pool of fake blood, that he invented a critiquing system for her efforts.

Anne Baxter was good friends with the famous and celebrated costumer designer, Edith Head. Head was the godmother of one of Baxter’s daughters, Melissa Galt. When Head died in 1981, Galt was bequeathed her entire jewelry collection.

Shari Belafonte is affiliated with several different animal and children’s charities and is the spokesperson for the “Starlight Children’s Foundation”. She has been named one of the ten top celebrity endorsers by the Wall Street Journal.

James Brolin, who has been married three times, met his first wife, Jane Cameron Agee in 1966, and married her after only twelve days. They had two children together (one of them being actor Josh Brolin) and stayed together for 18 years before divorcing. Jane died in 1995, just one day after their son Josh’s 27th birthday.

Nathan Cook died young and had only had 14 acting credits to his name. One of them was the film National Lampoon’s Vacation. 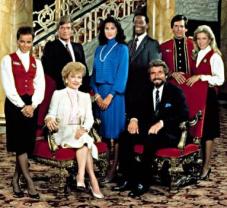 Michael Spound is a writer as well as an actor. In addition to his role in Hotel, he is known for The Ring and Must Love Dogs.