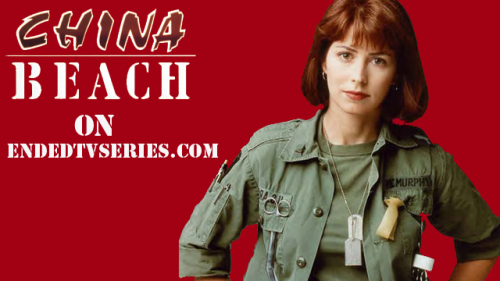 China Beach depicts the Vietnam War through the eyes of nurses, doctors, entertainers, various military personnel and civilians. Set in the 510th evacuation hospital and R and R (rest and recreation) facility in De Nang in 1967, it looks at the way people dealt with the everyday horrors of the war.

Inspired by a book by former Army nurse Lynda Van Devanter, Home Before Morning, China Beach offers an honest and touching portrayal of its characters both during their time in Vietnam and when they return home.

First Lieutenant Colleen McMurphy (Dana Delany) – McMurphy is a Catholic nurse from Kansas who combines compassion for her patients with a stern resolve. As time and the war rage on, she faces growing personal challenges.

Sergeant Evan “Dodger” Winslow (Jeff Kober) – A soldier fighting in a war he doesn’t understand, Dodger got his name from his skill at evading injury. His sole focus is keeping the men in his platoon alive. A loner, Dodger has been damaged by the horrors of war.

Specialist Samuel Beckett (Michael Boatman) – Beckett is a private with the GRS (Graves Registration Service), a job that doesn’t win him friends.

Karen Charlene “K.C.” Koloski (Marg Helgenberger) – K.C. is a civilian clerk who comes to China Beach to try and make her fortune as a part-time prostitute. She is a skeptical woman with a troubled past.

Laurette Barber (Chloe Webb) – Laurette is McMurphy’s roommate. She’s with the USO (United Service Organization) and is intent on winning stardom as a professional singer. 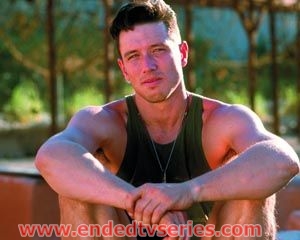 Cherry White (Nan Woods) – Cherry is a Red Cross volunteer and “donut dolly” at China Beach. Innocent and trusting, Cherry has come to search for her brother, Rick, who was listed as “missing in action”.

Captain Dick Richard (Robert Picardo) – Dick is an OB-GYN who has been drafted into the Army and like so many, is deeply unhappy about it. Now head surgeon, he is a womanizer who struggles with being apart from his family.

Corporal Boonie Lanier (Brian Wimmer) – Boonie is a lifeguard and manager in charge of the Jet Set Club.

Airman Wayloo Marie Holmes (Megan Gallagher) – Holmes is a reporter with the “Armed Services Network” and dreams of being a famous journalist one day.

Sergeant Bob Pepper (Troy Evans) – Bob is a non-commissioned officer in charge of the motor pool. A veteran of World War II, he is a mechanic as well as a driver. 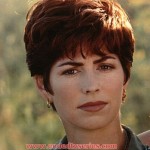 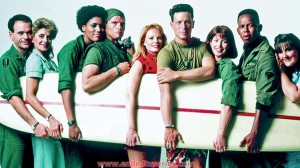 Some of the show’s story lines and dialogue were taken from experiences related by nurses who served in the Vietnam War.

It took two auditions for Dana Delany (Colleen McMurphy) to win her role. She said in an interview, “They thought I wasn’t pretty enough”. She re-grouped, cut her hair, and auditioned again. After losing their first choice for the part, the producers gave her the job.

People magazine chose Dana Delany as one of the “50 Most Beautiful People in the World” in 1991. In 2011 she was number nine on their annual list of “100 Most Beautiful”.

Megan Gallagher is the sister-in-law of actress Catherine Hicks.

Jeff Kober plays bass guitar and was once a member of the band The Walking Wounded.

Michael Boatman (Samuel Beckett) is not only a talented actor but a novelist and screenwriter as well. He writes in the splatterpunk horror genre, and has had several collections of short stories published as well as a novel. He has been collecting comic books since he was in the third grade.

Concetta Tomei (Lila Garreau) was a teacher for four years before deciding to become an actress.

Dana Delany appeared in a film called Live Nude Girls with Kim Cattrall. The movie received negative reviews, and when Delany was offered the chance to play single girl Carrie Bradshaw in Sex and the City, she turned it down. The role was taken by Sarah Jessica Parker and propelled her to worldwide fame. Delany also turned down what was to become another popular role, as Bree Van Der Kamp in Desperate Housewives. She thought it too similar to the character she played on the short-lived series Pasadena. Several years later, Desperate Housewives producer Marc Cherry offered her another role (Katherine Mayfair), which she happily accepted.

Troy Evans (Sgt. Bob Pepper) served with the 25th Infantry Division in Vietnam. One of the stories told by his character, “The Dogman”, is based on his experience during the war. 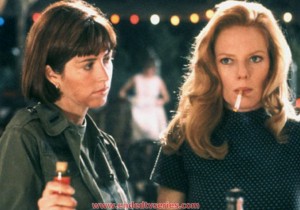 Robert Picardo (Dr. Dick Richard) is one of a very select group of actors to have appeared on two television shows simultaneously. The series were China Beach and The Wonder Years, where he played Coach Cutlip.

Michael Boatman has been married for more than twenty years and has four children.

Although they share a last name, Concetta Tomei is not related to famous actress Marisa.

In 2004, Marg Helgenberger (K.C. Kolowski) made it into “The Glamour Girls Hot 100 List” for around ten weeks, spending one week in the top ten. She is the fourth oldest woman to make the top ten. Her character (Catherine Willows) in the series CSI: Crime Scene Investigation was also number 82 (along with Gil Grissom) in Bravo’s “100 Greatest TV Characters” list.

As well as acting, Nancy Giles (Frankie Bunsen) is a journalist and writes for CBS News Sunday Morning.

Ricki Lake (Holly Pelegrino) was host of the incredibly popular daytime talk show Ricki Lake. After eleven years she decided to end the show. In 2012 she launched a second talk show called The Ricki Lake Show, but this was cancelled after only one season.

Brian Wimmer (Boonie Lanier) was working as a production assistant on the hit movie Footloose when he received a small role in the film and discovered how much he enjoyed acting.

Dana Delany appeared in the TV movie For Hope as Gay, the sister of Bob Saget (of Full House fame) who died from the disease scleroderma. She has served on the board of the Scleroderma Research Foundation since the mid 1990’s and continues to raise funds for research to find a cure.

Megan Gallagher (Wayloo Holmes) has appeared on The Larry Sanders Show and performed on Broadway.

Jeff Kober (Dodger Winslow) is not only an actor but a painter and photographer. He is also the co-author (with Adele Slaughter) of the book Art That Pays: The Emerging Artist’s Guide to Making a Living.

In 2003, Dana Delany decided to have Botox injected into her forehead. Unfortunately, during the procedure, the needle hit one of her nerves and caused a hematoma to form. The injury to the muscles of her right eye has left it with a slight droop ever since.

Forbes magazine has listed Marg Helgenberger third among primetime’s top earning women, behind Tyra Banks and Katherine Heigl. She has made around $9.5 million. 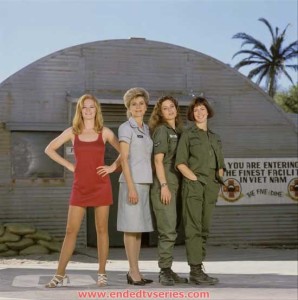 When Concetta Tomei played a chain-smoking mother from beyond the grave in the series Providence, she used herbal cigarettes as she does not smoke.

Ricki Lake did a documentary about homebirth and midwifery called The Business of Being Born, which included clips from her own home-birthing experience. She also wrote a book jointly with Abby Epstein and Jacques Moritz on natural childbirth titled Your Best Birth.

Marg Helgenberger’s mother battled breast cancer for twenty-seven years. Since 1999 she and her former husband, Alan Rosenberg, have hosted an annual benefit in Omaha, Nebraska to raise funds for the fight against breast cancer. It is called “Marg and Alan’s Celebrity Weekend”.

Robert Picardo played the part of a doctor on China Beach, but he almost became a physician in real life. He entered Yale University as a pre-med student, later choosing to pursue acting.

Ricki Lake says that being sexually molested as a child has left her with her life-long struggle with her weight.

Megan Gallagher attended Juilliard and knew that she wanted to act since she was only five years old.

Brian Wimmer was a classmate of George Clooney’s in acting school, and appeared in an episode of E.R. He is also friends with screen legend Robert Redford.

Robert Picardo is one of only three Star Trek regulars to wear all three of the Star Trek uniform colors. The other two are George Takei and Robert Duncan McNeill. He is also the only regular cast member to have written an episode of the series.