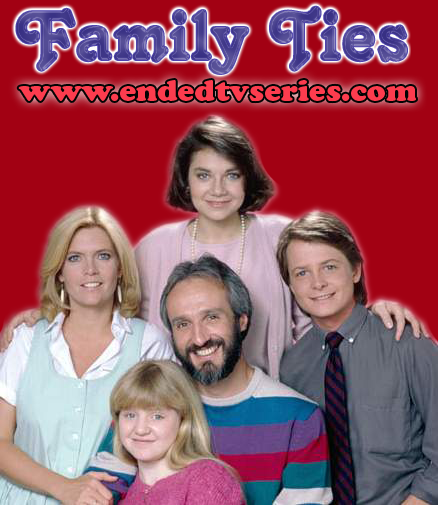 Family Ties follows the lives of the Keatons, a close-knit family who, despite their differences, count on each other through good times and bad.

Parents Steven (Michael Gross) and Elyse (Meredith Baxter-Birney) Keaton are former hippies and proud of it. They have been in love from almost the moment they met, and married in 1964. Steven and Elyse joined the Peace Corps immediately after their marriage, and their son Alex (Michael J. Fox) was born the next year while they were in Africa. Soon after, they started attending the University of California, Berkeley, where their second child, Mallory (Justine Bateman) was born in 1967. In 1972, Mallory was followed by Jennifer (Tina Yothers), born on the night President Richard Nixon won a second term of office.

The Keatons now live in the town of Columbus, Ohio. Steven is the station manager for a local public television station called WKS, while Elyse is an independent architect, and both love their jobs. It is the early years of the Reagan administration, and to the horror of his parents Alex has become a Young Republican and ardent supporter of “Reganomics”. Mallory too has a conservative outlook – if she ever thought about it that is; she’s much more interested in shopping and her hair. Jennifer, athletic and active and the baby of the family, is more like her parents. With views at opposite ends of the political spectrum, the Keaton household sees plenty of heated debates.

Elyse later becomes pregnant. The Keatons’ fourth child, Andy (Brian Bonsall) is adored by all the family, but is especially close to Alex. In return Alex bestows both his love and his political views on Andy, managing to mold him into a very, very young Republican! 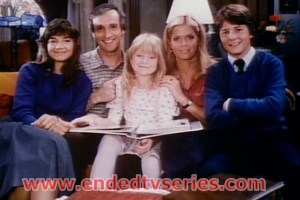 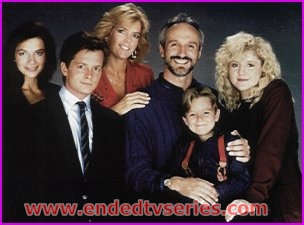 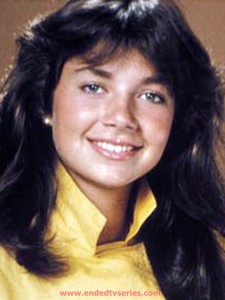 Michael J. Fox grew up in Canada and when he was fifteen years old he was appeared in a Canadian TV series called Leo and Me. He moved to Los Angeles when he was 18 to pursue his acting.

Three members of the cast and crew of the series of Leo and Me, as well as Fox himself, have developed Parkinson’s disease in mid-life. Because of the unusually high incidence in a single group there has been some investigation into whether environmental factors played a part.

Former U.S. President Ronald Reagan said that Family Ties was his favorite show in the 1980’s.

Although he appeared in a number of other television productions and films, Brian Bonsall (Andrew) decided to retire from acting in 1995.

Marc Price was childhood friends with Crispin Glover, who guest-starred on Family Ties.

The last episodes with Michael J. Fox (Alex) on the series Spin City were filled with references to Family Ties.

Both Michael Gross (Steven Keaton) and Meredith Baxter (Elyse Keaton) had guest spots on Spin City, Gross as a therapist to Fox’s character and Baxter once again playing his mother. They also use the name Mallory in reference to an off-screen character, as well as the name of Alex P. Keaton.

Meredith Baxter (she dropped the Birney years before after her divorce from David Birney) was actually pregnant in real-life so the pregnancy was simply written into the script. Instead of a boy, as on the show, she actually gave birth to twins. 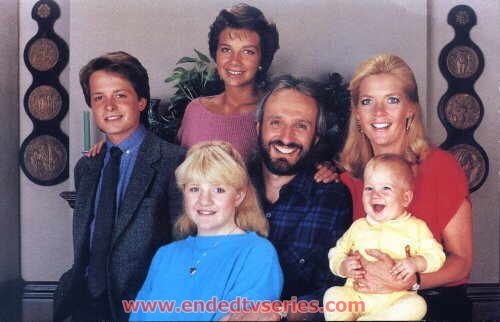 Crispin Glover, who played a friend of Alex P. Keaton on the show, worked with Michael J. Fox again only a year later but not on Family Ties. Instead he played the father of Michael J. Fox’s character, Marty McFly, in the popular Back To The Future trilogy.

Justine Bateman (Mallory) is married to Mark Fluent and has two children, a son, Duke, and a daughter, Gianetta.

Michael Gross is a passionate rail fan. He is a modeler, photographer, and part-owner of a working railroad, The Santé Fe Southern Railway.