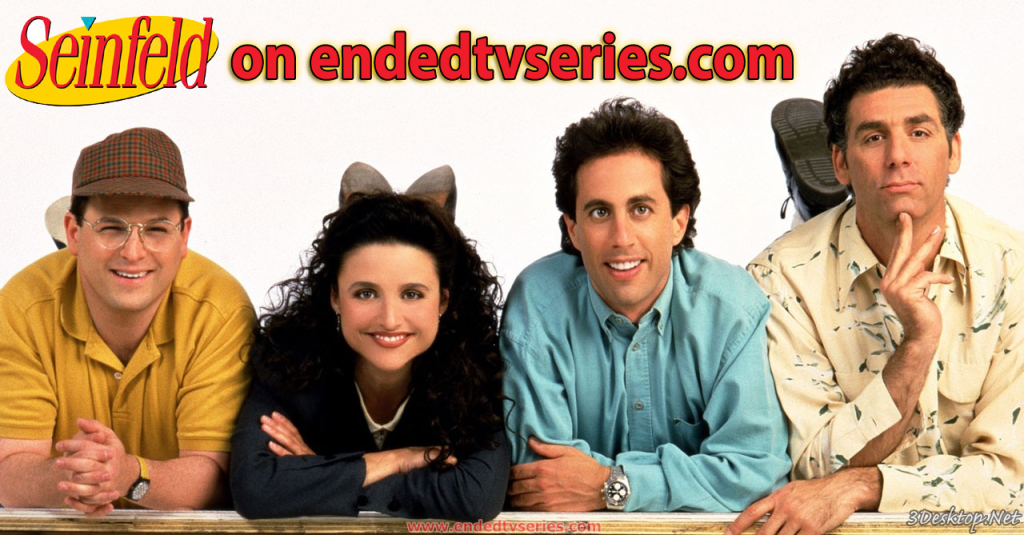 Created by Larry David and Jerry Seinfeld, Seinfeld is a “show about nothing” that revolves around the daily lives of four Upper West Side friends, Jerry Seinfeld (Jerry Seinfeld), George Costanza (Jason Alexander), Elaine Benes (Julia Louis-Dreyfus) and Cosmo Kramer (Michael Richards). Jerry Seinfeld plays a fictionalized interpretation of himself and most of the storylines and characters are based on experiences and acquaintances of the writers.

Jerry Seinfeld (Jerry Seinfeld) is a neat freak, stand-up comedian who enjoys breakfast cereal and Superman. While he is incredibly picky with women, he is typically the voice of reason among his friends. Seinfeld is very close to his friends but has one known enemy, Newman (Wayne Knight), who lives down the hall.

Cosmo Kramer (Michael Richards), often called “Kramer,” lives in the same apartment building as Jerry and Newman, his close friends. Kramer has a lot of quirks, including an odd personality, strange hairstyle and bizarre clothing choices, but his friends see past his eccentricities. He is surprisingly good with women and makes new friends easily. Lacking a real job, Kramer often falls for “get rich quick” schemes that backfire. He enjoys milkshakes and fears clowns. 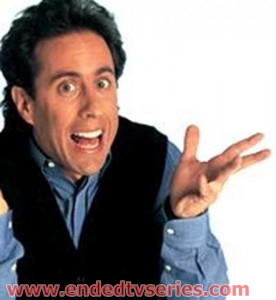 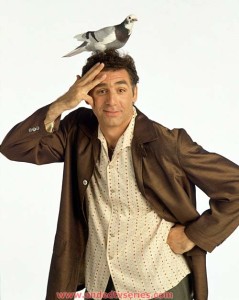 Jerry Seinfeld married his wife, Jessica Sklar, on Christmas Day in 1999. They have three children together, two sons and a daughter.

One of the most repeated Seinfeld phrases is “yada, yada, yada.” TV Guide ranked it number one on the 2005 list of “TV’S Top 20 Catchphrases.”

The character “soup Nazi” is based on a take-out soup business owner in Manhattan.

One of Jerry’s most talked about girlfriends was “man hands.” The infamous hands belonged to one of the producers. 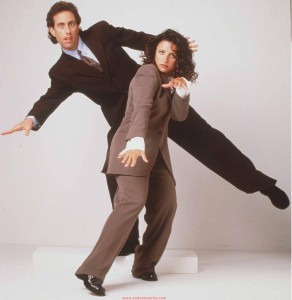 Seinfeld ran for nine seasons. Jerry Seinfeld turned down NBC’s $110 million offer for a tenth season because, in part, “The Beatles” broke up their very successful band after nine years too.

Julia Louis-Dreyfus has has starred in multiple television series, Seinfeld, Watching Ellie, The New Adventures of Old Christine and “Veep, but none have been as successful as Seinfeld.

Jason Alexander is no stranger to Broadway musicals, he even won a Tony Award in the category of Best Featured Actor in a Musical for Jerome Robbins Broadway.

Michael Richards returned to stand-up comedy after Seinfeld ended but retired from in 2007 after using a racial slur toward an African American heckler. He later apologized on the Late Show with David Letterman, and called both Jesse Jackson and Al Sharpton to express his regret over the incident. He was banned from performing at the Laugh Factory.

Julia Louis Dreyfus was pregnant during part of the series and used different props to disguise her growing belly.

In TV Guide’s list of “50 Shows that were Chosen by TV Guide Editors,” Seinfeld was voted number one, followed by I Love Lucy and The Honeymooners. 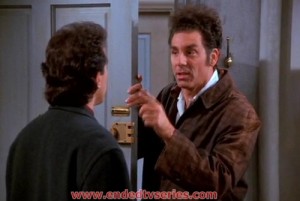 Julia Louis-Dreyfus has won many awards throughout her career; most impressively, she is the only woman to have won three Emmy Awards for three different sitcoms. She also holds the female record for most Emmy Award nominations (sixteen total), behind her is Lucille Ball.

Michael Richards won more Emmy Awards than all other members of the cast.

Poker player Jason Alexander has been in numerous poker tournaments, and even won the final table on season eight of Bravo’s Celebrity Poker Showdown, winning $500,000 for his charity, “The United Way of America.” He also participated on the very popular World Series of Poker, and Poker after Dark.

Catchphrases from the show, like “no soup for you,” “yada, yada, yada,” “sponge worthy” and “re-gifter,” are often referred to as “Seinlanguage,” which is also the name of Jerry Seinfeld’s book on humor.

In the history of American television, only three shows remained in the top slot for their whole and final network season: I Love Lucy, The Andy Griffith Show and Seinfeld. 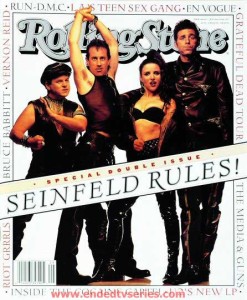 Jason Alexander was the only main character on the show to never win an Emmy during the show’s run.

Jerry Seinfeld collects Porsches. He is said to have 46 of them (unconfirmed), in different makes and colors, including a rare Porsche 959 that he had imported “for exhibition purpose” only because the car was not “street legal.” Under the “Show and Display” law of 1999, the $700,000 car became legal. He also owns the very first and the very last air-cooled Porsche 911s (according to Discovery’s Chasing Classic Cars.

Julia Louis-Dreyfus’ father is a billionaire. In 2006, i>Forbes magazine estimated his net worth at $3.4 billion dollars.

One of the most popular episodes is called “The Puffy Shirt.” The shirt from the episode is now in the Smithsonian.

The Seinfeld series finale was one of the most watched episodes in all of television history. It came in third place, beaten out by Cheers and M*A*S*H. 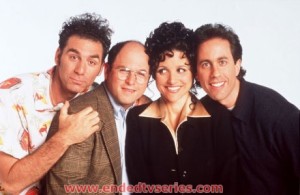 Jerry Seinfeld has been ranked 12 of 100 on the list of the “Greatest Comedians of All Time” by Comedy Central.